On the cool morning of Day 9, I decided to take a little walk (again) around the hotel in Bharatpur. I began talking to a little boy and his father, sitting around the fire, and suddenly a handful number of children and adults gathered around me. I asked them whether it would be okay for me to walk around their neighborhood, and got their approval. Usual dogs, goats and cows were around, doing their own business. Since I came to India, they were increasingly looking like just one of us—eat, work, sleep, and wonder around. It has become part of the 'normal' landscape to me. I remember David saying, “why isn’t it like that in other countries?” I don’t know, but that’s probably what many Indian people would think when they visit other countries. 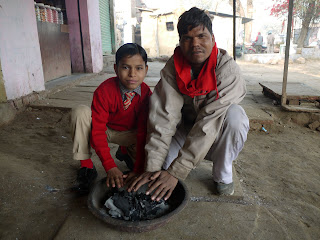 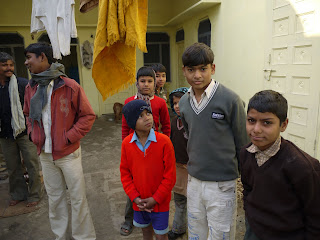 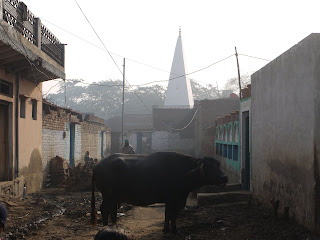 Back in the neighborhood, there was also a small crop field by the houses, although it was not in use during the winter. I would have been very curious to know what they grew there. Eventually, I was invited to one of the houses and had a nice breakfast at their courtyard. The fresh nan had goat curd/butter on it, and it was delicious. They were video-capturing me eating food, using their cell phones; I was clearly their study subject (which is fine). After the meal, a boy poured warm water on my fingers for washing. Warm hospitality indeed. 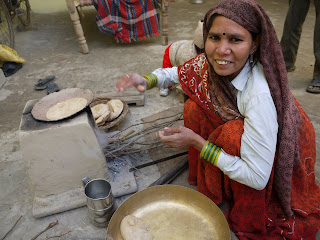 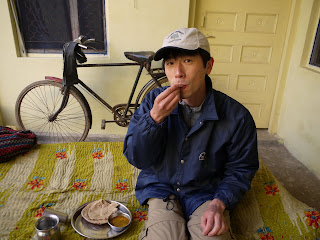 We walked around some more and took a few more pictures of each other. By 9:30 or so, children were getting ready to go to school, and it was time for me to return to the hotel. 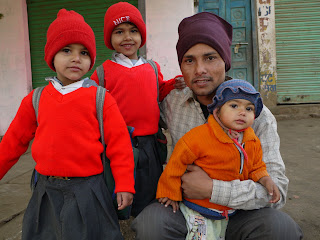 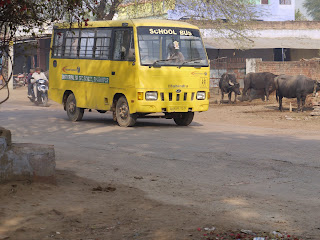